Posted in News, Eye on Employment 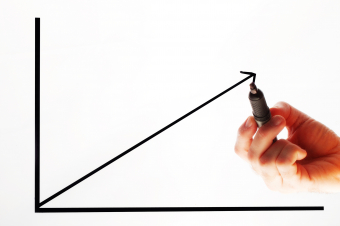 The Eye on Employment is NWPB’s monthly breakdown of the latest data from Statistics Canada’s Labour Force Survey. In this document, we will provide you with a summary of changes in local labour market indicators, provide comparisons to historical benchmarks, and show how seasonality affects employment in Niagara.

First, a foreword on our source: Statistics Canada’s Labour Force Survey or LFS. The LFS is a robust tool that provides us with a considerable amount of data. At its core, however, it exists to sort Canadians into one of three groups: people who are employed, people who are not employed but looking for work, and people who are not in the labour force. This is a people-focused survey, and the important thing to remember is that a count of people is not a count of jobs. People might do a job, either for an employer or through self-employment, but the LFS is counting the people, not the job. Bearing this in mind, let’s turn our eye toward employment.

It’s also important to keep in mind that the data in Table 1 are seasonally unadjusted figures. That means factors like holidays, expected employment slowdowns due to weather, and other factors that can be reasonably be predicted to influence employment are not accounted for in these data. Table 2 shows what the labour force looks like when we adjust for seasonality.

The answer is that both are equally valid. Both measures are essential tools to understanding labour force trends in Niagara. In this case the difference between the two figures is a strong indication that seasonal and predictable factors in the economy are having an impact on employment growth. The important note here is that even when we control for those factors (i.e. use seasonally adjusted figures) we are still seeing increases in employment.

LFS data also allows us a snapshot of youth (defined as people age 15 to 24) employment in Niagara. Once again these data do not account for seasonality.

1) A month-over-month change is not an increase in the rate. It would be very incorrect to say the youth unemployment increased by 6.1%. It had a proportional change of 6.1% and an absolute increase of 0.8%. Both are true statements, but the devil is in the details.

2) The increases in the month-over-month changes favouring employment rate are another indicator that May saw more Niagara youth working and more Niagara youth looking for work. Given an increase of 3,300 youth into the labour force, these figures are quite expected.

Would you like to know more? NWPB is ready for your questions. Reach out to Adam Durrant, NWPB’s Operations and Research Manager (adam@niagaraworkforceboard).