NWPB in the Media: Study shows 21,500 Niagarans have lost their jobs during COVID crisis

Posted in News, NWPB in the Community, COVID-19

Statistics Canada's monthly national labour force survey was a bad news letter all around for Canada and Niagara.

Another 10,500 Niagara residents lost their employment in April — on top of the 11,000 put out of work in March — as COVID-19 restrictions continue to strangle the economy.

While Canada's unemployment rate rose to 13 per cent, Niagara's seasonally adjusted rate was just 9.9 per cent.

But even that's an illusion.

The national rate is for April only, while Niagara's is a three-month average for February — when the coronavirus wasn't a factor — plus March and April.

"You might think Niagara is doing better than the Canadian average. But I think that is misleading," said Mishka Balsom, president of the Greater Niagara Chamber of Commerce.

With the Canada-U.S. border still largely closed and Ontario businesses only slowly reopening, prospects for next month don't appear any brighter.

Hardest hit in Niagara was the services sector, including food services, tourism, arts and entertainment, and retail: it lost 6,900 employees between mid-March and mid-April.

The goods-producing sector, including agriculture, construction and manufacturing, lost 3,600.

"If this virus disappeared tomorrow, if someone waved a magic wand, I suspect we would see a lot of those people going back to work," said Adam Durrant, operations and research manager for the Niagara Workforce Planning Board.

"I doubt it would be all of them, because we're two months into this now and the best forecast I've read … says we can expect to see a slower sort of recovery and some challenges moving forward in getting everyone back to work."

Data from his office and others across the province will be used by different levels of government to plot an economic recovery.

He noted Niagara has "a very mobile labour force … we know roughly 15 per cent of the workforce commutes outside of Niagara."

His data reflects Niagara residents who have lost their employment, and not necessarily job losses in the Niagara economy.

A lot of variables will decide how quickly Niagara recovers: new government policies, how fast Ontario can flatten the curve in fighting the coronavirus, and when the Canada-U.S. border reopens.

Balsom said she was recently on a conference call with business representatives from Ontario and the U.S., discussing how a smooth reopening of the border could be carried out.

"What became clear on that, is the difficulty to do so," she said.

With no COVID-19 vaccine, and levels of testing and restrictions varying county to county on the American side, it's complicated.

When it happens, she said, she expects traffic will be slow at first with many attractions in Niagara like casinos, concert halls and other places that attract large crowds possibly still off limits.

"The hospitality and tourism sector and anything related to events, gatherings, conferences" will likely be the slowest to recover, she said.

Allowing greenhouses and garden centres, hardware stores and some construction work to reopen with restrictions this weekend is a good sign.

"But with that optimism, at the same time we are experiencing businesses getting restless and now saying, 'if they're open, why can't I be open?,'" she said.

"I think up until now, I have to say Niagara businesses were watching the flattening of the curve, they were committed to it and they have been very supportive in the recovery…

"Now with some of the restrictions loosening up, I think there is an eagerness of business to say let us move forward. And I can totally understand that eagerness." 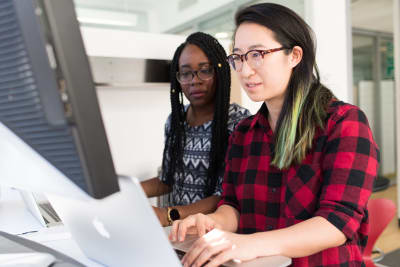 This monthly update to the Employment Prospect Series provides an overview of new job opportunities in the Niagara region. It outlines new online job posts from dates ranging between May 31 and June 27, 2020.

This edition of the Eye on Employment is once again released amid exceptional times. As such, NWPB has attempted to offer as much context as possible on the scope and impact of the COVID-19 pandemic on Niagara’s employment landscape.